Season 7 Episode 1 “Coulson and the agents are thrust backwards in time and stranded in 1931 New York City; with an all-new Zephyr set to time-jump at any moment, the team must hurry to find out exactly what happened.”

1. The show picked up right where we left off in the previous season, with Daisy and Mack seeing the new and improved Coulson which Simmons has worked on while she’s been away. Coulson awakens and suddenly becomes in a panic and then gets shut down because he’s flooded with memories.

2. Enoch is working on repairing the damaged tissue May has sustained from the finale of last season. Not all is as seems as Simmons says it’ll be 2 weeks before she’s on her feet, however, at the end of the episode we see May is hiding in the corner of the ship, is May in her right mind?

4. Small point but Coulson and Mack meet Ernest Hazard Koenig as an SSR agent. Why is this important? Because back in previous seasons we got introduced to the twins who are also Koenig’s and loyal members of SHIELD.

5. Frankie is the Chronicoms target, The team isn’t sure why until Coulson and Daisy find out that his real name is Wilfred Malick. The father is Gideon Malick who was introduced in The Avengers as a SHIELD council member who voted to blow up Manhattan and kill a few Avengers in the process. Coulson realizes to save SHIELD they need to save Hydra.

My only dislike was my thoughts on Coulson. I’m still not sure about how I feel about him being back on the show even if he’s an LMD. I mean they grieved for Coulson, even fought someone who took his face.

Coulson little fanboy moment thinking that Roosevelt was the Chronicom’s target so he was star struck when he met him. Little moment but it was my favorite.

Coulson. He came back as an LMD, got swarmed with 2 years worth of memories in 10 seconds then jumped straight into the mission.

A very solid start to the finale season of Agents of SHIELD. Still not 100% on an LMD version of Coulson but It does remind me of the story of Nick Fury as an LMD. Coulson grew on me over the episode. The interesting storyline as well, Not sure what time periods we’ll visit but I’m excited.

Legends Of Tomorrow "The One Where We're Trapped on TV" Review

Can "Robocop Returns" Really Save The Franchise? 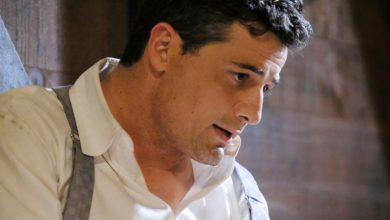