Season 5 Episode 2 “Oliver, John, Laurel and Tatsu seek out an important person within The Monitor’s plan; Connor has a heart-to-heart with his brother.”

1. Straight in with the lasting effects from the previous episode, that earth is straight up gone. This shows the seriousness of Crisis, and the impact of Oliver’s actions going forward. Thankfully Oliver, Laurel, and John are all with each other.

2. Katana is this weeks big returning character. She shows up to help Oliver, and John. I am actually loving the character returns. It brings that overwhelming factor of knowing the series is officially coming to an end. It’s nice to see each character, at least one more time before we finish the series altogether.

3. China White is another return this week. She goes up against Oliver, and surprisingly, comes out on top.

4. The dialogue between Oliver, and Tatsu was strong, and emotional. Oliver explaining why he’s following The Monitors orders, how much he’s actually sacrificed. When you think back of the series as a whole, it brought back a lot. Especially during season 3’s flashback scenes.

5. Although the flash forward episodes have never really held much weight, the ark between JJ and Connor I believe could become incredibly interesting, as seen towards the later end of the episode. While it was particularly poor overall, I just believe it has potential going forward.

6. It seems like Oliver is returning to Nanda Parbat next episode.

7. Lyla is somehow working with The Monitor, that brings a crazy amount of questions now.

Future scenes are yet again holding minimal weight towards the season. Last season they only got slightly interesting towards the end, I figured they would have me at least a little bit more curious. They haven’t. I just don’t care at all.

1. Laurel and Lyla discover that the “breach device” trying to get Laurel back to earth-2 is not in fact broken, more so that earth-2 is actually gone. We saw this last episode, however more importantly to note here is Laurel’s reaction. You felt it. It was heartbreaking.

2. Katana vs China White. Tatsu initially wins the battle. Unguarded, and seemingly positive she won. China hits Tatsu with the virus, just about to end the fight. Laurel shows up with the save.

Another strong episode this week, answering more questions as we go forth, especially with regards to earth-2. Flashbacks held minimal weight as per usual, but do have massive potential as we advance through the episodes. 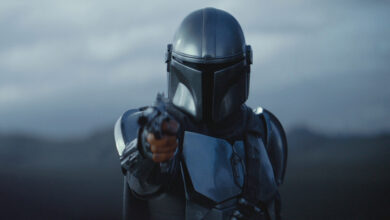