Season 5 Episode 4 “When the Legends discover a new Encore, Sara, Rory and Ava end up crashing a high school reunion to attempt to stop a serial killer from finishing unfinished business. The Legends devise a plan to send Nate, Ray, Nora, Behrad and their hostage Zari, back in time to try and intervene in order to try to save everyone including them. Meanwhile, Constantine is annoyed that Charlie has been squatting in his old home, but it might be the blessing in disguise they were not looking for.”

1. Nate is trying to forcefully remind Zari of her time on the waverider in the past timeline before it changed to being her brother on the ship in this new timeline.

2. Ava out of nowhere has a serial killer podcast and it just so happens that this weeks villain from hell is none other than Freddie Meyers AKA the Prom Night Slasher.

3. Freddie Meyers has came to seek revenge on his former classmates at their reunion. Meyers has supernatural abilities now so he locks down the school and starts killing people with Sara, Ava and Mick on the inside.

Mick is speaking with his old girlfriend but when they are about to reconnect Freddie kills her which sets Mick off in a rage.

4. Zari uses her hacking abilities to bypass Gideon on the ship to let her out of her room. She gets a flashback of a system she created on the waverider. Zari is with Ray, Nora, Behrad and Nate in 1989 and she comes under attack by the same person who’s attacking the legends in 2004. It is revealed that one of the killers is Freddies mom and that the legends and more so Nora have changed Freddies life.

1. Nora and by that I mean not her as a character but more of her as who she was and who she could of become. She’s been wasted on the show and now they have her as a fairy god mother… the once demonic child of Damian Darkh is granting wishes.

2. Constantine and Charlie were also wasted this episode. It felt like they didn’t have a story and could of easily been utilized in the 2004 story.

Mick is still enraged at the killer so when he see’s the killer he immediately attacks it with his fire gun which then the killer throws back at Mick, seriously burning and killing him.

Nora, She was the standout because without her being present on the team at the start, she ended up changing his life and saving countless others.

A slow and kind of boring start to the episode which picked up towards the end. It gave us a great scene in which both Legends team were trying to take down the killer. Seeing Mick die was great and glad it didn’t stick. He’s one of the only serious funny people on the show. 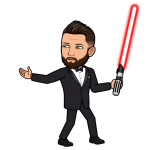 With Product You Purchase

The Flash "Love is a Battlefield" Review

This widget requries the Arqam Lite Plugin, You can install it from the Theme settings menu > Install Plugins.

Weather
You need to set the Weather API Key in the theme options page > API Keys.