Mace Windu is an iconic Jedi Master inside of the Star Wars universe. His life was cut short by Anakin and Palpatine and since then we’ve heard and read many theories about the character.

Many fans want him to be alive still and many even want him to be a full-on Darkside user. But recently according to DanielRPK on Twitter a Mace Windu series is reportedly in the works or is being considered by Disney.

The series would be a prequel series with Samuel l. Jackson reprising his role as Windu as well as a brand new casting for the character as he’d be much younger and this series would obviously be set before Mace was on the Jedi council.

Obviously Mace Windu has become a fan-favorite character among fans after the prequel episodes released and this is only been backed because of the love and praise Samuel l. Jackson has and still gets.

I already have a couple of fancasts for the “younger” Mace, one is very young which would set the series around his early days as a Jedi Knight or still a padawan.

While the other one is older but not as old as he was in the prequels and still before he became a Jedi Master.

After seeing Ashton Sanders in the Wu-Tang Clan Hulu series, he quickly became a favorite young actor who I’d personally think would suit being a young Mace Windu similar in age to Anakin in episode 2.

The Mace Windu series will most likely depend on how well received the Kenobi series is after it’s eventual release on Disney+.

Obviously this hasn’t been confirmed yet so as always with rumors like this, please take it with a grain of salt.

Why I'm Not Excited For The Arrowverse Anymore 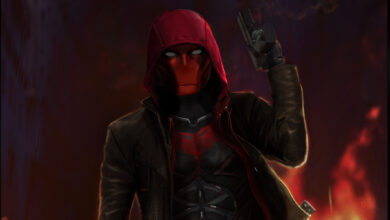