It’s been almost five years since Rocksteady embraced the world with an incredible Batman title. Arkham Knight was intense from the get-go. However, was it perfect? Far from it.

Personally, if Rocksteady are making another Batman game then so be it, I’d rather they did not to be honest. We have had a great trilogy, I think it is time we moved on for pastures new.

More importantly, if it is a Batman game. Then here’s what we would absolutely love to see added into the game from the last one.

In the previous title we did get DLC, and times through the story where you had brief spells of playing with other characters. Catwoman, Nightwing, Robin etc. However, these were only brief.

I think the game should adopt a Grand Theft Auto 5 ability to have different stories but ultimately all come together. One of the things the previous game did during those small spells was switch it up, as all their fighting styles were completely different.

This would give the game a break from only playing as Batman, and giving the player more freedom to switch it up when and if they needed to. Giving each their own story can only bode well.

Throughout the entire Arkham series we’ve had teases throughout Gotham and even in Dialogue about Superman and many other heroes in the DC Universe but I don’t think we’ve seen any appear.

While I would love something other than a Batman game, if we can’t get that we should at least get some type of appearance or connected story. It would be amazing to see Batman interact with the Justice League or some other heroes, maybe like The Outsiders.

It would make the Arkham games a little bit more interesting rather than being the hit and dodge repetitiveness that’s plagued previous installments in the Arkham series.

The last game saw the introduction of the Batmobile, which was in the best part – not that great if I’m being honest. You couldn’t upgrade it, and there was very limited options to customise it.

First I think they do need to make the Batmobile more enjoyable, but more importantly add the other iconic vehicles such as the bike, and maybe even the jet.

I do think the Jet would be overpowered but with no doubt a much bigger map, it could really work well. Not only that, who wouldn’t love to destroy bad guys with a JET?!

While the Arkham suits have always been so incredible… I just think it lacks in the customization department. I have to give props to Arkham Knight because of the many suits they added as DLC.

However even that was kinda lacklustre. Fair enough we could change into some iconic suits but it didn’t really think the “Bat build” in the body shape.

I would love to be able to design, change color or even change the Bat logo on the suits at different points in the game, similar to Jedi Fallen Order. Same issues are with the Batmobiles in game.

The upgrades were always incredibly disappointing for the most part. There was times I would forget to upgrade as most of them just add a combo.

Adding upgrade options that could fall into the customisation could only work wonders for the players, upgrading ability whilst upgrading the suit at the very same time.

Giving this option to all the Bat family would be great. Imagine having that ability to upgrade Nightwings suit from a basic one, to his full length one we saw in the TITANS series.

While Gotham is iconic in many forms of animated and live action, the Arkham series has always featured Gotham and we know for a fact that Batman isn’t only set in Gotham.

I would love the option to be able to travel to different cities in the DC Universe like Bludhaven or Metropolis. It would tie in with new DC heroes actually appearing throughout the game.

Imagine being able to fast travel to Bludhaven to have the option to do a few missions with Nightwing or going to San Francisco to meet up with the Teen Titans. It would change up the game loads and would be a welcomed addition to the game.

Star Wars Jedi: Fallen Order 2 - What We Would Love To See

Matt Reeve's Gives Us Our First Look At The New Batmobile 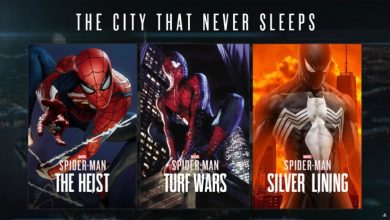 Why Spider-Man’s DLC Was Disappointing

Why A Star Wars KOTOR 2 Remake Would Be Perfect