Season 1 episode 5 “Pat finds himself one step closer to learning which ISA members may be in Blue Valley; a search for Ric leads Courtney, Yolanda and Beth to Cindy Burman’s Halloween party.”

1. We finally got our first look of Solomon Grundy as he throws a car off the road. A car which was being driven by Ric’s parents. I’m intrigued to know the next part of this story.

2. As Ric comes across Courtney and Pat in a broken-down car, the hourglass starts to glow. Courtney wastes no time and begins to follow him.

3. As Beth enters Courtney’s home she comes across Mid-Nite’s goggles. Not soon after Courtney enters her room and finds Beth, she tries to defer Beth away from the truth, however, Beth is just a little too smart with her new Goggles. Can’t help but appreciate the enthusiasm from her.

4. Courtney and Beth find out Ric’s dad is Rex Tyler, or formally known as Hourman.

5. Henry starts experiencing headaches during a Halloween party, and on his way out he hears Yolanda from a distance as she calls him a jerk in her head. Is Henry starting to get his dads abilities?

6. Courtney, Yolanda and Beth confront Ric and tell him about his Dad and the hourglass. The hourglass only worked on Rex because of his DNA, which Ric also has. The hourglass gives him super strength for a full hour.

7. Ric finds out the truth about his parents and how they died, he agrees to join the team and get justice for the JSA. However, Ric is not looking for justice, and is instead looking for revenge.

8. The end of the episode shows Pat walk into Courtney’s room to find the Green Lantern glowing. A good tease to end the episode.

Considering Yolanda has experienced bullying throughout most her high school years, you’d think she would be a bit more compassionate when Courtney introduces her to Beth.

As Beth enters Courtney’s home she comes across Mid-Nite’s goggles. Not soon after Courtney enters her room and finds Beth, she tries to defer Beth away from the truth, however, Beth is just a little too smart with her new Goggles. Can’t help but appreciate the enthusiasm from her.

Beth takes it this week as she charmed viewers with her enthusiasm and humour. Brilliant character and I think she will be perfect for the role of Mid-Nite.

Amazing episode this week and very eventful. So many characters were introduced, we caught a glimpse of Solomon Grundy, Mid-Nite, Hourman, and potentially the Fiddler. 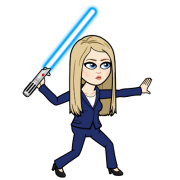 22 years old. A review specialist in movies from the MCU & DC, and also shows within the Arrowverse. I also control the social media side of Comic Universe, ensuring the platforms are active at all times.