Season 6 Episode 11 “Barry and Iris plan a romantic dinner for Valentine’s Day but their evening is interrupted by an old foe – Amunet; Frost gets into the holiday spirit and attempts to help Allegra reconnect with an old love.”

1. Amunet Black returns and just so happens to rob the restaurant Barry and Iris was having a Valentines Day Dinner at. Barry tries to arrest her but Amunet threatens to expose Barry as The Flash. I like how Barry telling me his identity is coming back to haunt him.

2. Iris and Barry work the case to stop Amunet so Iris goes undercover in a bar to find her. When Iris asks for Amunet the bar of criminals stop what their doing then Iris smashes a bottle over someones head. This was a badass Iris moment.

3. Iris tried all episode long to stop Barry from suiting up as The Flash… Why? I loved how her evil side was peeking through every so often and Barry was completely immune to it.

4. Iris takes the container to Amunet and tells her she wants in. Iris and Amunet go to collect the pollen but Goldface arrives, big gang fight until the Flash stops them… he then gets stabbed by Amunet which was great but over quickly.

5. Nash see’s another version of Wells in Jitters? Who is it? Thawne? Earth-2 Wells?

1. Iris makes Barry breakfast, speaks Italian and even kept him from suiting up and he still couldn’t see that this was his Iris.

2. Lack of The Flash, even for a filler episode this was below average.

Iris was the standout this week. This “evil” version of her snapped and told Barry that she has her own team “Team Citizen” and that she has the right to be out in the field just as much as Barry.

The episode was very weak and cringe worthy. Even for a filler episode this was bad in terms of action, story and even dialogue. The episode still had it’s moments between character but it was just to cringe worthy.

Legends of Tomorrow "Slay Anything" Review 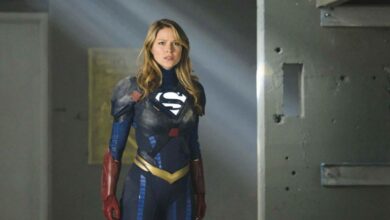 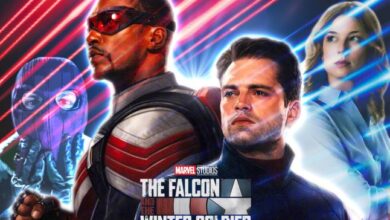 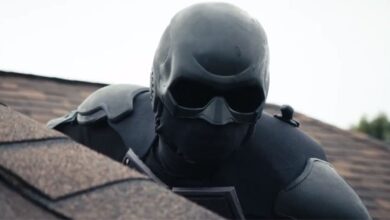