There are so many greats moments across all of the Star Wars movies, so it would be very difficult to put these moments in order, instead, we just want to highlight our top 10 moments in no particular order.

These include Episodes 1-9, Rogue One and Solo.

1. Darth Vader at the end of Rogue One

I think this is a given. For me, this article isn’t in any particular order but this is my top moment. This showcases Vader, and how brutal he in fact was. We never saw what he did when he gets to the ship in Episode 4, but Rogue One highlighted this moment so perfectly, you can even sense the fear in the Rebels the moment that lightsaber is ignited.

2. Palpatine planting hints of the Darkside into Anakin, forcing him to kill Dooku

3. Luke defeats Darth Vader in Return of the Jedi

For a lot of people, this scene was the end of an era. Luke showed his training and ability to stand toe to toe with Vader, and defeat him. A lot of fans out there believe Luke tapped into the dark side to gain the upper hand. The scene was intense from the moment Vader mentioned Leia.

Say what you will about Rogue One, The end battle for the movie just truly sold me on what the Rebels really went through just to get a fighting chance at saving the galaxy from the Empire. The characters suicide mission was an amazing battle to be seen with hints at the force being in everyone.

5. Kylo Ren returns to the light side to help Rey

A moment that truly lifted me out of my seat. With Rey all but beat by Palpatine, Ben hurls through his Knights and powers his way to Rey. For me, this was great, purely because we always seem to see Jedi move to the dark side, but never really the other way around. This scene was pinnacle for me, and it was one of my favourite moments.

6. Anakin losing a hand in a duel with Count Dooku

Episode 2 was fantastic, the debut of Hayden Christensen. Towards the end of the movie, our 2 favourite Jedi, Anakin and Obi-Wan come face to face with Count Dooku, after a quick unprepared fight, Anakin loses his right hand. This was a pivotal moment in the Star Wars movies as not only did Anakin lose a part of him, he also lost a part of his humanity as well. This was truly amazing to witness.

7. Luke showcasing his strength in The Last Jedi

One of the many things I feel like the movies failed to do was show viewers just how powerful Luke actually was. In the Legends side, he’s one of the most powerful Jedi ever. In The Last Jedi when he stands in front of Kylo and the First Order, we see glimpses of the power that Luke really has. It’s one of the few things Rian did really well with the movie.

Episode 3 delivered, in my opinion, the best live-action Star Wars duel in any movie we’ve had. When I first watched it, I didn’t think much about it but later on when I read up on it, there is so much more to the duel it’s self. Obi-Wan went into it believing this could be his last duel because the force showed him a vision where he died at the hands of Anakin, although it didn’t come until many years later.

Probably one of the most popular scenes in all of Star Wars. I wasn’t born when this movie came out, but I can only imagine the sheer shock value when Vader told Luke this. Even as a kid this shocked me. It has to belong on any “best moment” list. If this was a list in order, this would be nearer the top.

Luke’s journey to finding Yoda in Empire Strikes Back was great to see. Over the past 4 films, we truly didn’t get to see any “Padawan” training so to see Luke go through all this trouble then seeing a Darkside vision of himself as Darth Vader just to show his connection to Vader was truly epic.

There we have it, our top 10 moments in the Star Wars movies. Have we included anything you don’t agree with? Let us know down in the comments your top 10 moments, we’re intrigued to see what you put. 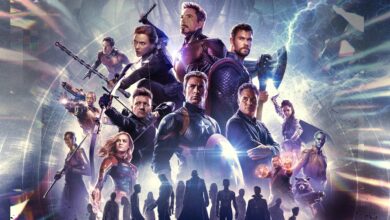 Exclusive Interview With Zoé Morris – A Non-Fan Of Comic Material