First, foremost, I only recently found out about this character in the recent run of DC Comics when my local comic book store, Forbidden Planet told me about it.

Ever since I read Super-Man #1 I was a fan of the character and not only because he was a new version of a character I have loved forever but because of how the writers wrote him, and the artists drew him on the comic pages.

He started off as a bully who bullied a kid who’s father owned the airliner his mother died on. One day while beating up this kid, his victim was attacked by Blue Condor, who was a supervillain and had ties with the Freedom Fighters, Kenan threw a can of Blue Condors head causing him to become a “hero”.

He was picked by Doctor Omen for their Super-Man of China project, after being promised the same powers as the original Superman, Kenan traveled to the facility where he was imbued with the life force of the dead Kryptonian.

Now for me, I’d love to see him in live-action form. Whether that be a movie or a TV series but I think this would be a perfect opportunity for DC to expand their ever-growing roster with even more diversity than they already have. The time for this is now.

In recent years we’ve had major diverse castings for movies and TV series from Chadwick Boseman opening the door for many POC characters to Anna Diop being cast as Starfire on Titans.

This is definitely needed and not only would it give us more diverse characters with Kenan Kong, but they could easily bring in the Batman and Wonder Woman of China into the project as well.

It would also give people like myself a different take on a Superman type story. Bringing in someone like Kenan would also give children in China that there are characters they could take inspiration from.

I personally have put out a few fancasts for the role of Kenan on my Twitter page. I have 2 fancasts and funny enough, they are both brothers. Yoshi and Peter Sudarso. They’ve both had previous experience playing in the superhero role as both of them were a blue Power Ranger.

Both Yoshi and Peter were on my list of being cast as Shang-Chi before that role went to Simu Liu who’s already made me excited for the movie.

I truly hope DC does at least something with the character of Kenan. They could even have him a cameo on Titans since they’ve done so well with Kryptonian powers on the show with Connor Kent.

Chadwick Boseman Dies Aged 43 After A Battle With Cancer 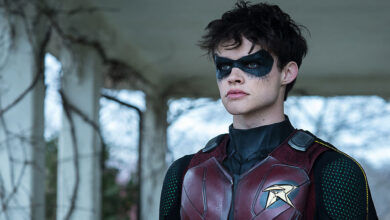