We have had a grand total of 5 Battlefront games as of today. We had the first 3 done by LucasArts followed by the latest two done by EA. Both of the games released by EA had a less than desirable welcome at launch. Especially number 2.

For me, the EA franchise of games never quite lived up the highs of the original trilogy and if I’m being brutally honest, I don’t think they ever could.

Battlefront 2 released to a very hostile reception back in November 2017, to the point even Disney got involved. EA had to take a step back and completely overhaul most of the game, including the controversial progression system.

Whilst we have to give credit where credit is due, the developers never gave up on the game. Although now support has finally ended for it, the game did end up in a pretty good state with multiple fun modes, characters and so much more.

However, it took a long time to get there and that’s one of my focal points of why I don’t want another one. After all, we’ve had 5 of the games in a 16-year span. The last 2 games just could never hit the sweet spot, and although a third most likely will, I just believe it’s time to focus on other aspects.

Jedi: Fallen Order was the pinnacle for me for a Star Wars game. No microtransactions, and just a straight-up semi-open-world type game, with a lot of lightsaber action plus a linear story. This is where I believe the focus should be with Star Wars games.

Squadrons, for the most part, was fun but was clear it was never intent on being a AAA title. However, Fallen Order proved the potential the studio has with the Star Wars license.

From our understanding, this license is set to run out in 2023 but judging by what they’ve managed to do since the awful launch of Battlefront 2, that will likely be extended.

After all, Star Wars is a huge universe that can be explored with multiple type games that can be brought along with it.

The reason why I don’t want another Battlefront game is purely because I believe the studio should focus on a Fallen Order sequel, a Knights of the Old Republic remake and potentially look at reviving 1313.

It’s not to say I wouldn’t get excited for another Battlefront, I would just prefer to have the 3 mentioned above instead. After all, EA can only focus on so many projects at once.

As of now, we know there is a couple of Star Wars games in the pipeline with a sequel to Fallen Order pretty much greenlit, plus rumours of a KOTOR remake, remaster or whatever they plan.

Battlefront is fun, but it has been done to death and there are many shooters out there now that it never feels any different – and they tend to get boring. Although the Coop mode they introduced was a great addition.

So, overall I’m not saying we shouldn’t get another game. I’m saying I’d just prefer the route to be different.

What are your thoughts? Would you still rather another Battlefront game? Let me know down in the comments below.

Superhero and Comic Movies or Shows Will Never Become Too Much

Why I’m Excited for the Disney+ “Hawkeye” Series 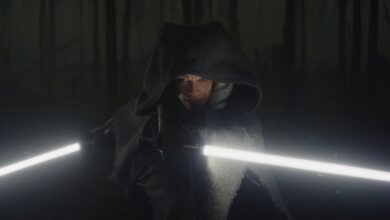